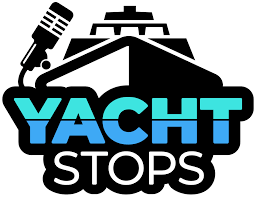 The Colonial Oak Music Park is thrilled to welcome the Cast from the new show Yacht Stops as they talk about the show, their music, and play an intimate show for fans – being filmed for broadcast at the Colonial Oak stage on Wednesday, May 26th from 7PM – 9PM.

Yacht Stops is a new series developed by Solaris Entertainment – to air on Amazon Prime. The series follows an emerging indie-pop artist and her band as they sail from port to port performing for various size crowds on a yacht transformed into a tour bus.

The group navigates not only the high seas but the murky waters of the music business. While at sea, the band members are given various duties they must perform as crew aboard this vessel. The cast of bandmates set sail earlier in May, and the show released exclusively on Amazon Prime Video, May 24th.

Come out and be in the audience on Wednesday, May 26th – as we make history with this interesting concept in reality/music television.

Admission to the event is free and beverages will be available for purchase.